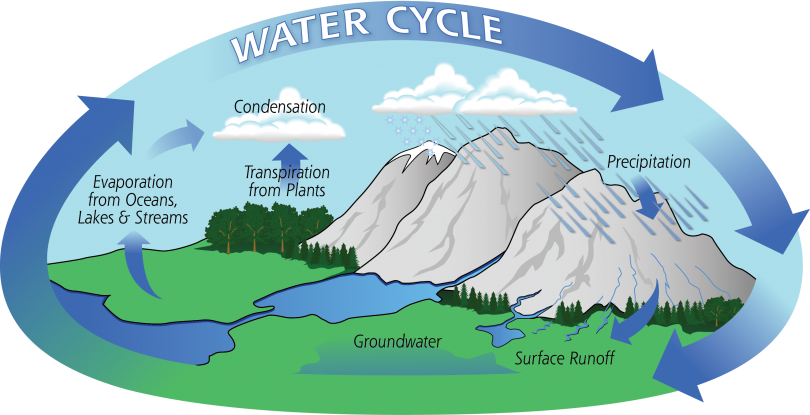 Unfortunately alchemy doesn’t work, but it is still possible to obtain water from the atmosphere only using basic physics and quite a bit of energy. To make it possible we’ll use a simple principle: condensation.

Water condensation occurs naturally in our atmosphere, water evaporates from oceans and rivers and as it travels up it cools naturally forming clouds, that eventually will condensate and become rain again returning to earth surface. This effect is due to the air changing properties at different temperature and pressure.

Lets put an example: if we took 1kg at a temperature of 25ºC an a relative humidity of 100% we could ideally extract around 20g of water from this air. If the air was at 35ºC instead of 25ºC we would have around 37g of water. Which is almost the double than with 25ºC.

In resume, for the same % of relative humidity warm air can contain much more water vapor than cold air, as can be seen on the above graphic. So, now lets see how to extract this water from the air.

How to generate water from atmosphere?

We’ll use the water present on air and by exposing it to temperature variations we will be able to condensate the water. How we do it? Cooling the air and let water the condensate on a cold surface forming drops of water.

To make it possible we need to generate cold. There are mainly two technologies that can make this possible: air compressors ( like the ones from your fridge ) and peltier cells also called thermoelectric coolers.

Peltier modules are really magic stuff, it is an encapsulated combination of two metals covered with a ceramic layer. When powered, one side produces heat, the other one cold. They work great for many cooling purposes and they will probably become much more popular on the years to come, for a complete introduction on this devices see the following post:

This tiny and cheap Peltier modules are very easy to set-up, take a look on the next chapter on how to build a atmospheric water generator to make water autonomous plantbots.